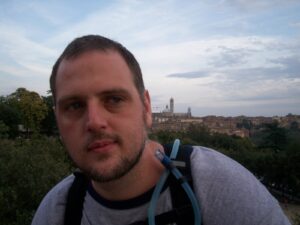 Dr. Dave and Jason Kerney sat down at the Agile Open SoCal 2015 conference hosted at the University of Irvine – Southern California campus to discuss Jason’s experience with Mob Programming.  Mob programming is a new approach in the lean and agile software development space.  We discovered that Mob programming includes more than just programmers, everyone is invited to participate in the innovation of new or existing software.  Jason’s team is experimenting with multiple mob teams, which is a new experience for his organization.

I found a book recommendation on the mob programming.org web site by Amy Edmondson titled “Teaming”.  Teaming as described by Amy Edmondson is when people collaborate across boundaries of expertise, hierarchy, or geographic locations.  This book is an interesting read and now resides in my Kindle library.

This interview was created and conducted by Dr. Dave Cornelius.

View all posts by KnolShare →

Get the Latest Podcast